The challenge with this annual and one or two stories in other Oojah pubications, is the language of race. These days, commonplace words used in the 1930s are simply inappropriate and unacceptable. When these stories were written, Britain was a colonial power and mainstream attitudes towards  native people of other countires, especially black people, were at best, patronising. There is no intentional racism in this or any of the other Oojah stories that I have been able to discern. In fact, the black boy in this story is portrayed as a friendly, intelligent and charming character whom the Oojah fraternity embrace wholeheartedly. The problem is the language. There are several examples of the use of the word ‘nigger’, not as a term of abuse but simply as a common description of black people of the day. You can either live with this as part of the historical reality or not. Notwithstanding any of this, it’s a great story. There’s a real sense of location and all the characters engage in the fun.

The story describes how Oojah and his friends set out on a voyage without a specific destination in mind. After some time they discover an island which turns out to be a source of fun and it is here they meet their new friend, whom they name ‘Dusky’ after his complexion. Dusky was marooned by a white sea captain. He and Binky Bear get on like a house on fire and he teaches the Oojah gang where the best fishing pools are, the biggest coconuts and coolest springs for drinking.There are plenty of activities in this annual as well. You could try making your own crane from the diagram supplied, plan your year using Oojah’s unique Walmanac and learn about ‘peeps’ from other lands. 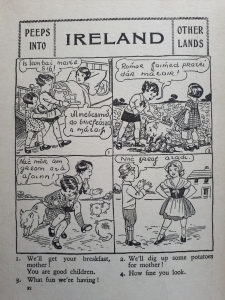 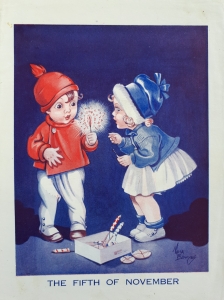 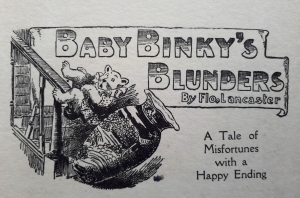