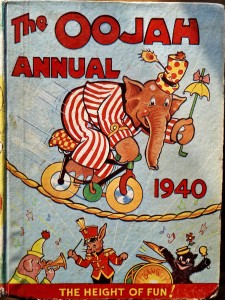 Understandably, the 1940 annual is made of really cheap, poor quality card and paper, the illustrations are also basic, but the stories are up to standard. For at least the fourth time, members of the Oojah government find themselves marooned on a desert island, but this time, they have the hapless Professor Foozle to thank for their plight. 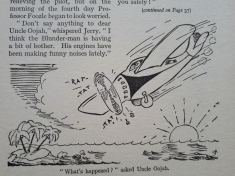 arrives but things soon deteriorate until Uncle Oojah decides it is time to start writing cheques.There are lots of other Oojah themed stories and at least one veiled reference to the war in ‘Percy Piggins’ Peace Party.’ Uncle Oojah attempts to turn the tide on Jerrywangle’s machinations by dressing up as a Mr Moojah, in ‘Auntie Christmas’, but is mistaken for his ne’er-do-well brother, Wangle, eliciting the best line in the story from Pa Pggins, “We know you, 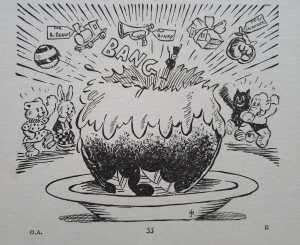 Brother Wangle, and all your Wangular tricks. Go home at once unless you want to be arrested.”

Look out for more fireworks, exploding Christmas puddings and a ukelele orchestra too. There are a few activities but there is also a sense that, apart from Flo Lancaster’s contributions, the editors were scrabbling around trying to find material. There is even a repeat of a story from an annual in the 1920s, ‘The Princess Who Listened’. Just one colour plate in this annual as far as I can tell, unless someone has removed more from my copy. It must have been published soon after the declaration of war so I guess people would have had other things on their mind. The inside cover does attempt to put a brave face on what must have been a very scary time for children. 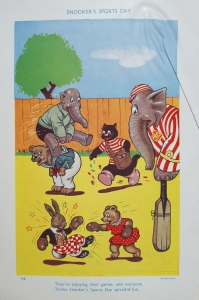 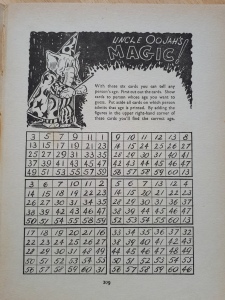 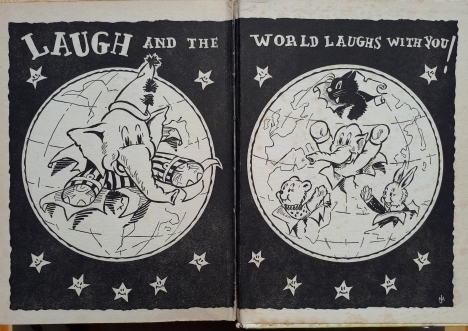