According to Wikipedia, ‘The first Oojah comic strip was issued on 18 February 1919. By the early 1920s the newspaper was issuing a 4-page ‘The Oojah Paper’ supplement starting Saturday, 8 October 1921. It later became ‘The Oojah Sketch’ that ran until 23 November 1929, the 4-page section reduced to 3 pages from 29 April 1922 and 2 pages from 22 July 1922. The newspaper was The Daily Sketch. Oojah also appeared in The Sunday Herald, which later became The Illustrated Sunday Herald. In 1927 it changed its name to the Sunday Graphic, becoming the sister paper of the Daily Graphic.

This is the front page of the Oojah Sketch from 4 March 1922.

I am gradually accumulating other examples of The Oojah Sketch (see below). Soon there will examples of Oojah features from the Daily Sketch in the 1930s and beyond, when H M Talintyre had taken over from Thomas Maybank as the artist after Maybank’s demise in 1929. 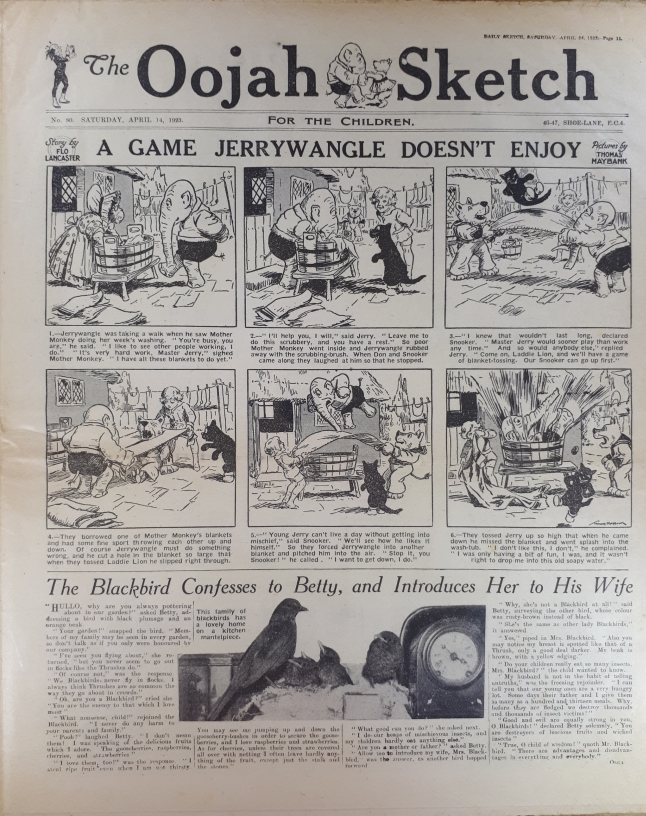 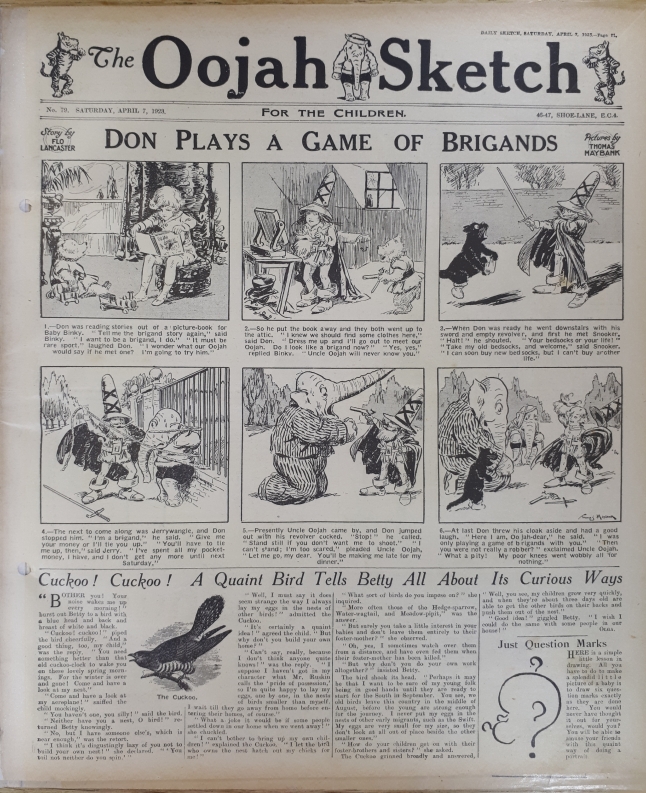 The front page of The Oojah Sketch 7 April 1923

As with the Oojah annuals throughout the 1920s and early 1930s, these weekly Oojah Sketch supplements were crammed full of fun activities and features. Children were encouraged to make their own toys, learn skills such as conjuring and participate in competitions and letter writing. A few such items are displayed here. You are welcome to download these and have a go. Send us your results and if we choose to publish your photos, you could even… 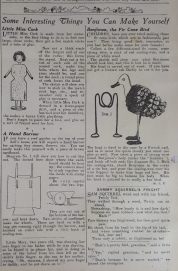 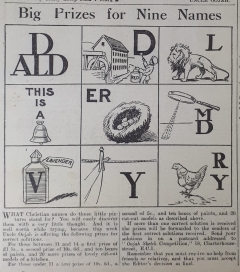 WIN your framed print of Uncle Oojah! (see below) Simply send us photos of your Oojah inspired activities and if we choose to publish these online, we will send you your choice of one of these four lovely front covers from Oojah Annuals! 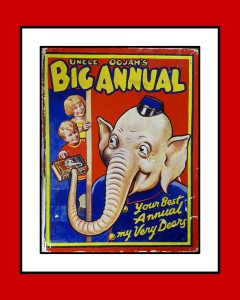 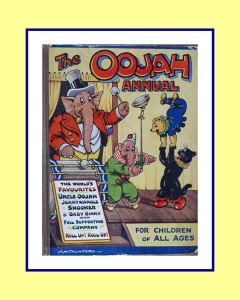