My very dears! It seems barely possible, but what can I say? He’s back! No-one is quite sure where he is or what he is up to. Don, his Hum Jum Jarum,  has been back in touch with his mum. Snooker, his ever faithful black cat, has been seen skulking around the bins at the back of Buckingham Palace. A Communique and Declaration by the British and Northern Ireland government has been issued and since retracted. It seems he is moving in again. But where? And when? And with whom? 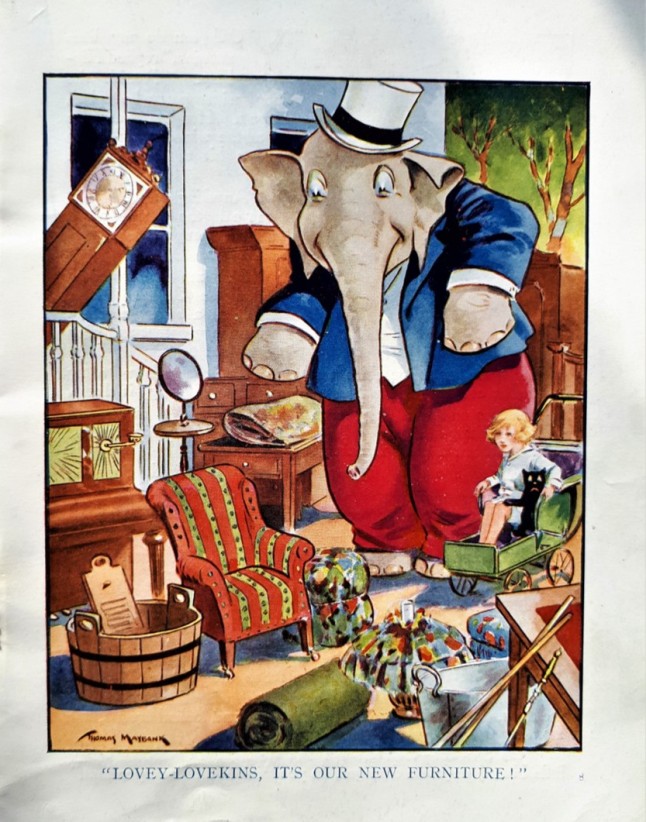 If you see this elephant anywhere, do not, repeat, do not reproach him. It’s not his fault. He is a product of an empire long gone. Some interpret his reappearance as a dramatic eleventh hour intervention into the Brexit/Remain debate. Others say not to be so silly.

One thing you can be sure of. There will be lots of fun and a few alarums before his true purpose is revealed.